Marizanne Kapp was again the hero as South Africa came through to beat New Zealand by two wickets in yet another tight finish at the Women’s World Cup.

Kapp, whose all-round performance was key to beating England, picked up two wickets in New Zealand’s 228 all out.

The Proteas were easing to the target, only to lose three wickets for nine runs and find themselves 170-5. 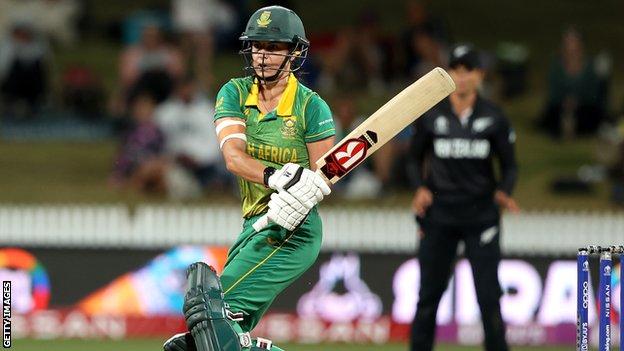 With 27 needed from four overs, Kapp made it six from one and ended on 36 as the game was won with three balls left.

In beating New Zealand for the first time at a World Cup, South Africa move to four wins from four games.

They join Australia on eight points and probably only need one more win for a place in the semi-finals.

New Zealand faces a crucial meeting with England in Auckland on Sunday.

The winners of that match at Eden Park (22:00 GMT on Saturday) will be set for a spot in the semi-finals, while the losers will be on the verge of elimination.