The Scotland international and Chelsea loanee, 20, was allegedly targeted by some fans during the Reds’ 3-0 win.

Liverpool said the chant was “offensive and inappropriate”. 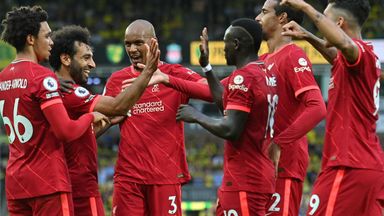 “We urge supporters to remember the inclusive values of the club and to refrain from using it in the future,” the club added.

“Great result today marred by homophobic chanting by some of our fans targeting Chelsea loanee Billy Gilmour,” the group said on social media.

Derby has also condemned their own fans after alleged racist comments were made towards the Rams’ Polish winger Kamil Jozwiak, as well as alleged homophobic slurs towards a Peterborough player, during the Posh’s 2-1 Championship win on Saturday.