With less than five months to the elections, politicians and aspirants have been traversing the country selling their agenda, trying to endear themselves to the electorate. 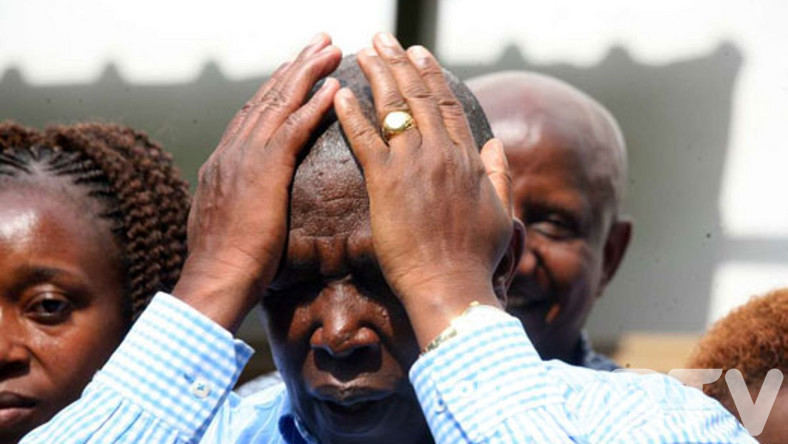 The duo was at a press conference at Jacaranda Ground where the Azimio la Umoja proponents had convened a mega rally that unveiled ODM leader Raila Odinga as the outfit’s presidential candidate. As captured in a video, Kamanda is seen being held tightly by the waist in a cozy manner by an unknown young light skin lady. The lady leans forward as if intending to kiss the lawmaker on his neck.

Seemingly unaware that she is being recorded, Elachi is then seen giving Kamanda a loving shoulder rub suggestively. The legislator is all smiling in enjoyment. It took the intervention of Kibra MP Imran Okoth, who alerted the trio that they were being recorded.

Elachi, in a sudden shock, stopped and concentrated on the interview. Kamanda and the lady also loosened up.

Chairman of the imaginary Men’s conference Jackson Kibor is dead