In a recent interview on Mpasho with Colonel Mustafa, the musician claimed that NotiFlow had stolen his Instagram page, something that she denied when we called her for her side of the story.

What I didn’t add in that story was Mustafa claiming that her stealing the account was a big contributor to him dumping her. 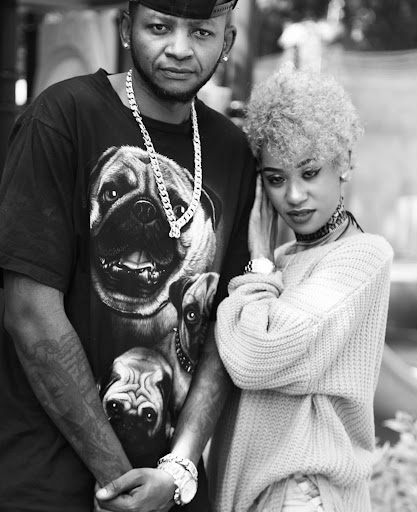 He said; “The reason that we broke up was mainly that she stole my page. I asked her why she wanted my page? She kept on saying that she didn’t want me to post women on there.”

“But the reason for my Instagram page was for business purposes. I couldn’t follow up to get the page back cause I made the mistake. I am the one who logged in using her phone. So even if Instagram checks, they will wonder what is up?”

Mpasho also called Noti Flow and asked her about Mustafa’s claim that he had broken up with him. She differed saying that she was the one who broke up with him, telling mpasho;

“I broke up with him to start with. He didn’t break up with me. I did and I took it cause it’s mine. All those followers he gained its cause of me. I used to run his page. Nigga doesn’t even know how to type in English. So all the followers he got was because of me, it was my account.”

“So when we broke up I took what was mine. Simple. So you don’t come and use me in every aspect, like from me providing and everything and you also use me to gain girls on Instagram and followers and then go with my account. If he really thinks that he is big, he should have started his own I.G account, and let’s see how many followers he is going to get.”

What’s your take on all this???