The meeting of last season’s Premier League champions and FA Cup winners were absorbing in parts and looked to be heading for penalties, but Iheanacho struck from the spot into the top corner with a minute remaining after being tripped by Nathan Ake.

City’s record £100m signing Jack Grealish was given his debut on 65 minutes, but he could not muster a clear-cut opportunity for a much-changed team. 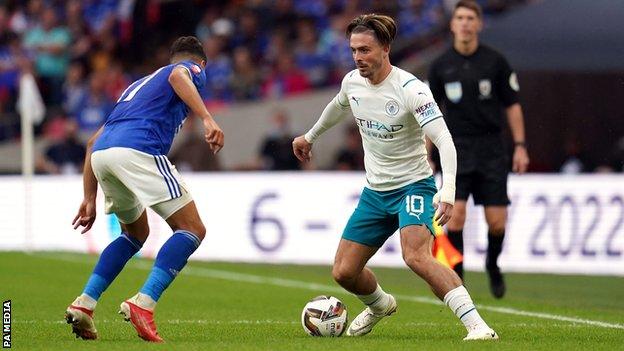 Man City had their moments too, with Riyad Mahrez passing up several good chances to score against his old club, including a great opportunity on the counter-attack in the second half, but despite Grealish’s cameo, in which he showed glimpses of his exciting dribbling ability, the Premier League champions were defeated.

FA Cup winners have now won this prize on six of the last seven occasions against Premier League winners, and while it is unlikely to have a major bearing on how the title race will play out this coming season, it’s clear Pep Guardiola’s side still have work to do to be ready for their Super Sunday opener with Tottenham.

Though they played in the Champions League after their title triumph, they have twice fallen away from the top four in successive seasons having looked well set for much of the campaign.

But they left it late in London to send Manchester City home disappointed as Nigerian frontman Iheanacho converted the winner against his old club 11 minutes after coming on.

Up until that point it had been a rather even affair in the curtain-raiser to the new top-flight campaign which gets under way on Friday when Arsenal host newly promoted Brentford.

Injury problems in defence for Leicester meant free signing Ryan Bertrand was given a start, while fellow summer recruits Patson Daka and Boubakary Soumare both came off the bench in the second period. 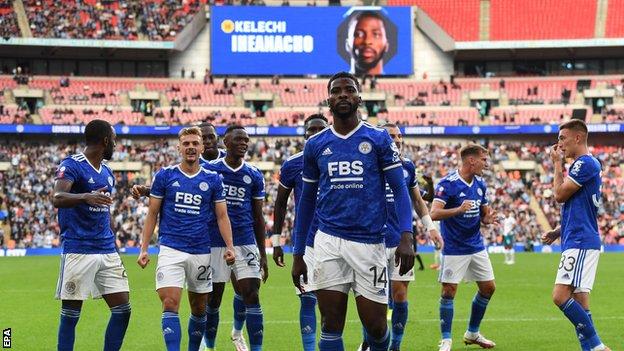 But it was old boy Vardy who looked most likely to break the deadlock, though he showed a bit of rustiness with his finishing, smacking a bounce shot straight at Steffens from 12 yards out before the American kept out a shot with his trailing right foot while diving to the left.